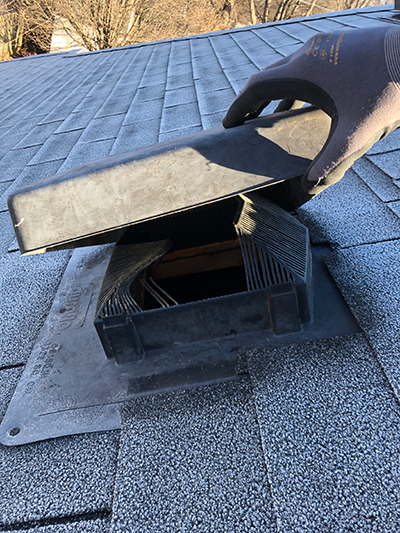 Wildlife animals like raccoons, mice, and squirrels can easily enter your SW Missouri home through your chimney. To help decrease your chance of wildlife control problems, we suggest the installation of a chimney cap and screen.

What animals live in chimneys?

A proper fitting chimney cap can keep your SW Missouri home safe from not only the elements but local critters as well.

Bats are prone to causing some serious damage when entering one's home. Bats typically leave a lot of guano (bat droppings) that are known to cause histoplasmosis (lung infection) and a foul odor that lingers through houses. In addition, bat guano is strong enough to rot through wood and metal leaving the potential to cause even more damage.

Birds don't typically cause as much damage as other animals in your chimney, however, they're known to be dirty. When having a bird in your chimney they will usually leave a lot of dropping, which similar to bats can cause horrendous odor and histoplasmosis (lung infection). They can even bring in bugs like ticks, fleas, and mites which can spread throughout your house transmitting disease.

Furthermore, birds can make nests in your chimney and you might not know while starting a fire. If there is a bird's nest in your chimney you open the potential for smoke to pour back into the house and kill a bird due to smoke, who would then be stuck up there.

Raccoons will commonly use your chimney to have their babies, as it is warm and out of the elements for them. However, while doing so they commonly damage electrical systems, ventilation, and insulation. These damages can be more serious than one thinks with the possibility of starting a fire or causing water damage. Also just like any other animal they are prone to leave their urine and droppings that can lead to foul odor and mold.

Squirrels will usually cause more damage trying to get to a chimney than they do once they are actually inside. Squirrels are known to cause damage to the siding and roof of a house while trying to gain access to the chimney. In addition, squirrels will chew up insulation, wiring, and vents when gaining access to other parts of the house

All of these animals can make quite a mess in your home, so the best way to prevent this is to install the proper chimney cap and screen.

Call Critter Control of SW Missouri today to keep wildlife animals out of your chimney and out of your home! Contact us online, or call us today! 417.815.4476